THE MYTH: Vaping is just as bad for your health as smoking

The harm from smoking comes from inhaling smoke: sticky particles and hot toxic gasses that result from the high temperature combustion of dried tobacco leaves. Vaping products do not produce smoke. There is no burning of organic material involved at all; instead, the user inhales droplets of nicotine-carrying liquid. The scientific community has gathered extensive data on vapour toxicants and measurements of “exposure biomarkers” in users that suggest far lower risks than smoking. 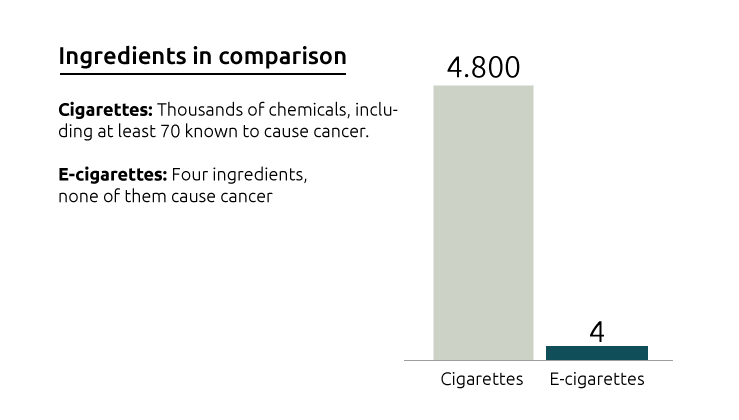 “the long term risks associated with e-cigarettes…are unlikely to exceed 5% of those associated with smoked tobacco products, and may well be substantially lower than this figure”.